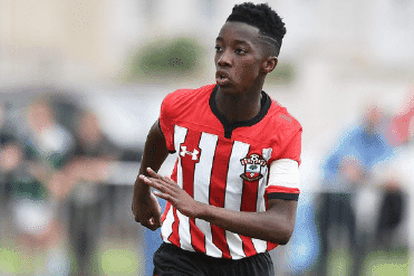 READ | ORLANDO PIRATES STEP UP ATTEMPTS TO SIGN VICTOR LETSOALO, COULD OFFER ONE OF THEIR ‘BAD BOYS’ IN THE DEAL

Manchester City would be able to sign Chauke from Southampton, with just a little compensation money being agreed between the two clubs as the players contract expires on 30 June 2022.

Chauke made his debut for the Southampton first team aged just 17 last year in a FA Cup encounter against fellow South African-born English based midfielder Khanya Leshabela’s current loan club, Shrewsbury. The 18-year-old has also been a beneficiary of the new English Premier League laws that allow for nine substitutes on the bench, as he has featured on it in the league on several occasions.

READ | POTENTIAL BAD NEWS FOR BAFANA BAFANA? HERE’S THE ONE FACTOR THAT SECURED SENEGAL’S REPLAY BUT COULD HAMPER SAFA’S APPEAL

Chauke’s contract would already have been a source for concern for Southampton, with talks between the club and player not thought to be underway, but now with the additional interest from Manchester City, it could spell bad news for St. Mary’s outfit. According to Talksport, Manchester City are not the only interested party in the Mamelodi-born youngster.

Chauke joined Southampton from non-league Thatcham Town before signing his first professional contract at the club in January last year. Manchester City are known to have one of the best academies in Europe not to mention state of thee art facilities that could assist in maximising the potential and growth of a player like Chauke.

Besides Manchester City, Borussia Monchengladbach and Anderlecht, SAFA is thought to still harbour an interest in convince Chauke to play for Bafana Bafana. Turning 19 in January, the lanky teen has already been part of the England u18 set up, despite being named in numerous South African youth team preliminary squads. Earlier this year, a story broke reporting that Chauke wanted to only be considered for England, but it has since been debunked by the player’s father.