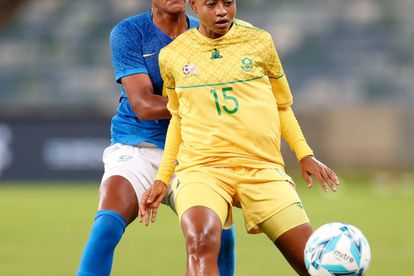 African champions Banyana Banyana were on the receiving end of a 0-6 hammering last night at the hands of Brazil.

It was a friendly match at Moses Mabhida Stadium but still one which illustrated the gulf in class between the two sides. Goals from Adriana, Debinha (2), Beatriz, Duda and Real Madrid’s Kathellen Sousa perfectly illustrated that gulf for all to see.

This is the second win for As Canarinhas against Banyana in the space of three days after their routine 3-0 win on Friday night.

READ: Nadal crashes out but vacant World No. 1 spot is still down to three players

It’s very much a case of “back to the drawing board” for Desiree Ellis and her WAFCON champions.