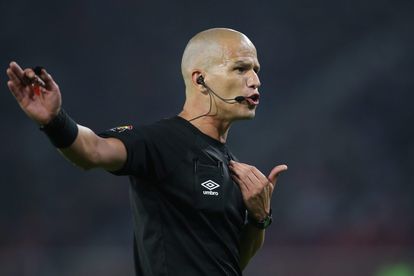 South Africa will make its ‘debut’ at the 2022 FIFA World Cup finals TONIGHT in the form of Victor Gomes and Zakhele Siwela.

READ | WORLD CUP 2022: HOW MUCH WILL THE WINNERS AND LOSERS GET?

Gomes will be the referee in the match between France and Australia on Tuesday night with Siwela as his assistant.

The other assistant referee picked for this encounter is Souru Phatsoane who hails from Lesotho while Rwandan female referee Salima Mukansanga will be the fourth official.

This is likely to be Gomes’ last World Cup appearance after reports emerged that he plans to retire at the end of the global showpiece in Qatar.

France will be without star striker Karim Benzema after he had to be withdrawn from the World Cup squad due to a quadriceps injury on his left thigh.

Benzema was one of the players to look out for in this FIFA World Cup after the stellar year he has had with Real Madrid.

Benzema recently scooped his first, and possibly his last Ballon d’Or given that he is already in the twilight of his career at age 34.

Furthermore, this would have possibly been Benzema last World Cup as he would be 38 when the next FIFA World Cup kicks off in 2026.