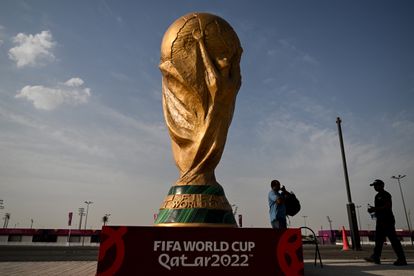 This 2022 World Cup is set for one of its most tense and emotional games. Ghana and Uruguay meet since that dark night in Johanessburg in 2010.

The quarter-final clash was locked at 1-1 when Dominic Adiyiah’s net-bound header in extra-time was deliberately hand-balled by Suarez.

The goal would have guaranteed Ghana and Africa its first-ever place at a World Cup semi-final.

The Uruguayan received a red card before Gyan Asamoah missed the subsequent penalty. The South Americans eventually won the game 4-2 on penalties.

Ahead of meeting the Black Stars on Friday, the 35-year-old Nacional striker declined to apologise to Ghana.

“I don’t need to apologize,” the Uruguay star told the media as quoted by Saddick Adams.

“I’d apologize if I injured a player but in this situation, I handled the ball, I take a red card and the Ghana player missed the penalty. It’s not my fault.

“I didn’t miss the penalty. It’s not my responsibility,” he concluded.

Meanwhile, Ghana need a win or draw if South Korea fail to beat Portugal, while Uruguay have to snatch victory at all costs to make the World Cup 2022 final 16.