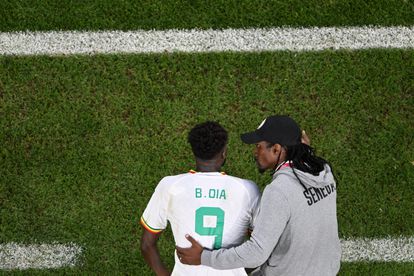 Morocco are Africa’s last hope in the 2022 FIFA World Cup following Senegal‘s 3-0 loss to England in the Last 16 on Sunday night.

Senegal’s elimination means Africa now has one representative remaining in the tournament, and it’s none other than Morocco.

Morocco topped their group with big wins over Belgium and Canada, and they will now face 2010 World Cup champions Spain on Tuesday.

HOW SENEGAL GOT ELIMINATED BY ENGLAND

Senegal deployed defensive tactics early in the game as they wanted to absorb the pressure from England, but they did that for the 38 minutes.

Despite Senegal creating two great goalscoring chances in the first half, it was England who broke the deadlock through Henderson seven minutes before the break.

Harry Kane then made it 2-0 on the stroke of half-time to put the game beyond Senegal’s reach for his first goal in this edition of the World Cup.

England put the game to bed in the 57th minute as Bukayo Saka netted his team’s third of the night and his third of the tournament.