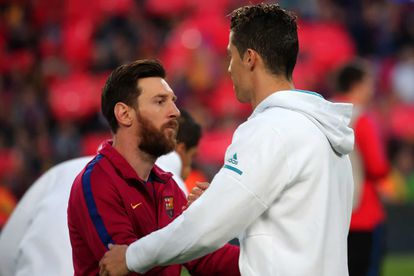 Manchester United and Paris Saint-Germain will meet in the Champions League for the third time in four seasons. Photo: Joan Valls/NurPhoto via ZUMA Press)

Manchester United and Paris Saint-Germain will meet in the Champions League for the third time in four seasons. Photo: Joan Valls/NurPhoto via ZUMA Press)

The now former Manchester United attacker opened the scoring from the penalty spot as Portugal beat the Black Stars 3-2 on the night.

In doing so, Ronaldo took his tally of World Cup goals to EIGHT in 18 appearances, and they include that famous hat-trick against Spain in the 2018 FIFA World Cup.

Ronaldo and Messi were tied on SEVEN goals after the Argentine’s penalty goal in the shock 2-1 defeat to Saudi Arabia earlier this week.

Messi has scored the seven goals from 20 World Cup appearances, and it will be interesting to see who finishes with a better goal tally when the tournament ends.

Ronaldo’s goal against Ghana also saw him set a new record for the player who has scored in five consecutive World Cup tournaments.

His first of eight goals came during the 2006 FIFA World Cup finals in Germany before netting again in South Africa in 2010.

Ronaldo scored again in 2014 in Brazil before increasing his goal tally to seven during the 2018 World Cup finals.