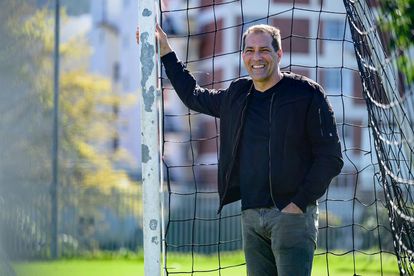 Roger de Sa will fly to Tehran to join Carlos Queiroz as assistant coach to the Iran national side for their 2022 Soccer World Cup campaign. Photo: Craig Kolesky/MSComms

Roger de Sa will fly to Tehran to join Carlos Queiroz as assistant coach to the Iran national side for their 2022 Soccer World Cup campaign. Photo: Craig Kolesky/MSComms

Fresh from his successful coaching stint with the Egyptian national side, Roger de Sa will fly to Tehran on Sunday to join Carlos Queiroz as assistant coach to the Iranian national side for their 2022 Soccer World Cup campaign.

ALSO READ: WHAT MIGUEL TIMM OPENS UP ON HOW ORLANDO PIRATES MOVE OCCURED

This will be Roger de Sa’s fourth role coaching a national team and his second working with a national squad through a World Cup campaign.

With mere weeks until kick-off in Qatar, the coaches will spend a few days in Tehran with the squad ahead of friendlies in Austria, beginning the selection process for the final squad for their Group B match against England on 21 November.

ALSO READ: MANQOBA MNGQITHI ON WHEN TO EXPECT BONGANI ZUNGU IN ACTION

De Sa is pleased to be heading to another World Cup, and says of Iran’s prospects: “Once you qualify for the World Cup you give yourself a realistic chance, and with the tournament being held in Qatar, it evens it out a bit more because you are not playing in Europe, you are not playing in South America, so its almost a neutral venue. The heat and humidity will be a challenge for many of the players in the tournament. We have a short time to prepare, not ideal, ideally we would have been there for a year but Carlos knows the team and the players know him, as he coached them in the last two World Cups.”

The gruelling schedule starts this week when they assemble in Tehran.

“Wednesday and Thursday we start training with the team. Saturday we train again, and then we fly to Austria where we play Uruguay and Senegal. We return to Iran where we continue the scouting process with the team. These two games will give us a good idea. I may fly to Europe to watch some of the players with their clubs, and we we will probably train in Dubai for a week before we go to Qatar.”

He went on to coach Orlando Pirates, Ajax Cape Town and Platinum Stars amongst others, working as Bafana Bafana goalkeeper coach when Queiroz was with the team from 2000-2002.

The pair worked together again in 2010 when Queiroz coached Portugal in the 2010 Soccer World Cup and he called on De Sa to join him, and then in 2021 De Sa joined Queiroz with the Egyptian national side.

“We had a nine month gig there. When we were called in to work with Egypt they were out of the top twenty in Africa, which is unusual for a country like Egypt, so they were struggling and we managed to get some good results early on. We made it to the final of the AFCON, beating a lot of top teams to reach the final, which we lost to Senegal on a penalty shootout. We over-achieved in the Cup of Nations; by the time we finished we were fourth or fifth in Africa. We beat Morocco, Ivory Coast and Cameroon, the host team.

“The World Cup qualifier we unfortunately lost again to Senegal in a penalty shootout. Our goal was to qualify for the World Cup, which we did not achieve. We have left a good vibe in Egypt but I could not commit long-term to staying there.”

Roger de Sa is one of just a handful of athletes to have represented his country in three sports, and in the same year played soccer, indoor soccer and basketball for South Africa.

He sees himself as a friend to the players: “When I become a coach, priority number one is that I am a human being and so is the player – that is number one. I think Carlos is the same. Many coaches forget that, I think. I will be their coach for a year or two maybe, but we can be friends until we die.”