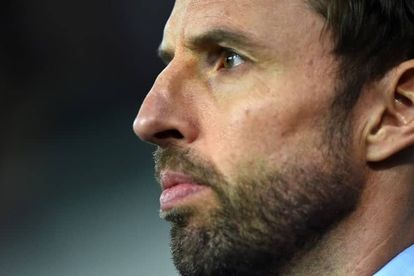 Gareth Southgate will stay on as England manager and target the Euro 2024 title, according to British media reports. Photo by Laurence Griffiths/Getty Images

Gareth Southgate will stay on as England manager and target the Euro 2024 title, according to British media reports. Photo by Laurence Griffiths/Getty Images

“It’s coming home” was bellowed with a nervous excitement once again as England topped a World Cup group for the first time since 2006 (W2, D1) thanks to a 3-0 win against neighbours, Wales.

Get the latest news from your favourite soccer team

Ask Me Later Save Changes

With their nine goals amassed so far already their second-most in any World Cup finals including knockouts, it’s becoming hard to ignore the special buzz around Gareth Southgate’s side potentially going one-better than their runners-up position at the recent European Championships and ending their infamously long 56-year wait for a major international trophy.

Southgate was notably pleased with the way his players remained disciplined and handled the pressure in front of a large English fanbase, and expectations will be elevated further in this tasty Round of 16 clash against a Senegal side building their own ‘fairytale’ campaign.

England will have to temper those expectations a little, but having notched their 100th goal in a World Cup finals in their victory against Wales, and with 21 of those goals coming across this edition and the one before in 2018, they do appear to be as close as ever to that elusive title.

The final game between Senegal and Ecuador was long anticipated to be the one that determined who would claim Group A’s second qualification spot and that was precisely how it panned out.

ALSO READ | FIFA WORLD CUP: ALL THE ROUND OF 16 FIXTURES AND KICK-OFF TIMES

Senegal accounted for their devastating late fadeout against the Netherlands by edging out Ecuador 2-1 to join Nigeria and Ghana as only the third African nation to qualify for two World Cup knockouts, and will now look to become the first ever African nation to beat England at this tournament (ENG: W4, D3).

After they infamously missed the 2018 knockouts by the curious tiebreak of ‘fair play’ points, it seemed only fitting and deserving that the on-field captain from their last Round of 16 sojourn in 2002, Aliou Cissé, would be in charge exactly two years after the hero from Senegal’s wins against France and Uruguay in 2002, Papa Bouba Diop, passed away prematurely.

In another ominous link with 1966, England’s Marcus Rashford became the first Manchester United player since Bobby Charlton to score three goals at a major tournament for England with his brace against Wales. Senegal’s brazen confidence was illustrated by Ismaïla Sarr’s no-look penalty against Ecuador, his fifth goalscoring appearance for club or country since the start of October.

The first five fixtures of this tournament (prior to Costa Rica v Germany) at the indoor Al Bayt Stadium all produced two or fewer total goals, including England’s 0-0 draw with the USA.

Southgate has accumulated more wins (11) at World Cup finals or European Championships than any other England manager.