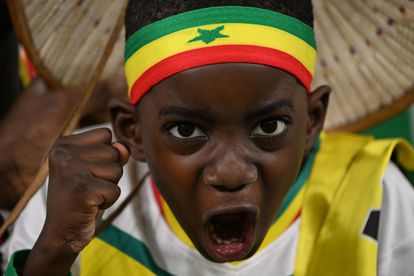 France’s bid to retain the World Cup continues against Poland on Sunday, while England’s pursuit of a first major trophy in 56 years will be tested by African champions Senegal.

Didier Deschamps’ French side are aiming to become the first team to win successive World Cups since Brazil in 1958 and 1962 after winning Group D in Qatar.

But in a World Cup packed with shocks like the group-stage exits of Germany and Belgium, subduing Barcelona striker Robert Lewandowski is the key to France’s hopes of avoiding another upset.

Poland’s all-time leading scorer will be hoping to add to his meagre World Cup tally of one goal against France goalkeeper Hugo Lloris, who is set to make his 142nd international appearance and equal Lilian Thuram as Les Bleus’ most-capped player.

ALSO READ | FIFA WORLD CUP: ALL THE ROUND OF 16 FIXTURES AND KICK-OFF TIMES

France captain Lloris praised both Lewandowski and his Polish counterpart Wojciech Szczesny, who has starred with two superb penalty saves which were crucial to his team finishing second in Group C.

“Lewandowski has been one of the best number nines in the world for years now but they are a good side collectively,” said Lloris.

“Szczesny is a having a fantastic tournament, Poland owe their place in the last 16 to their goalkeeper.”

France v England in the quarter-finals?

If France see off Poland, their path towards the World Cup final on December 18 could include a quarter-final showdown against England.

Gareth Southgate’s team are slated to meet France in the last eight if they beat Senegal at Al Bayt Stadium.

England reached the semi-finals four years ago and finished runners-up at Euro 2020, and got off to a fine start in Qatar by winning Group B.

And they believe they can win the tournament in Qatar to finally end their agonising wait for a first major trophy since the 1966 World Cup.

“That is not being over-confident, that is being humble enough to see what goes on in our training and how the staff prepare, and believing in ourselves too,” said England defender John Stones.

Rocked by the loss to injury of talisman Sadio Mane before the tournament, Senegal reached the World Cup knockout stages for only the second time after Tuesday’s 2-1 win against Ecuador secured the runners-up spot in Group A.