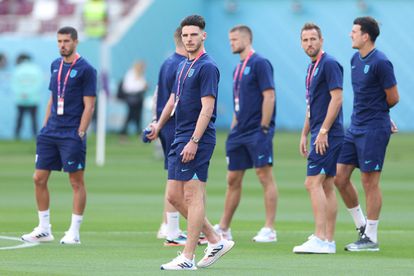 World Cup 2022 gets well and truly underway today with a full schedule of matches beamed from Qatar.

England takes on Carlos Quieroz’s Iran team in their Group B opener in less than an hour.

It looks like 4-2-3-1 from Gareth Southgate, surprisingly, with Arsenal’s Bukayo Saka starting from the right-hand side of attack, as he does for his club.

England will be determined to get off to a flying start but it won’t be easy against a side ranked 20th in the world by FIFA. Any England fans in the house?