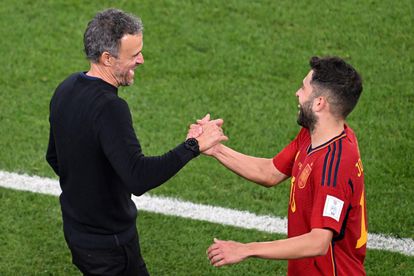 Next up for Spain is Germany. Photo by Kirill KUDRYAVTSEV / AFP)

Next up for Spain is Germany. Photo by Kirill KUDRYAVTSEV / AFP)

A 7-0 thrashing of Costa Rica, with six different goal-scorers, is pretty much as flawless as it gets on matchday 1. It was their biggest ever in a World Cup, and they hogged possession with 82% of the ball.

When asked during a Q&A on Twitch if he conforms to the theory that players should not have sex during a tournament, he responded:

“If it’s something they do, then it’s because they need to and want to.“

“But I repeat, with common sense! Each one with their partner. It’s normal. When I was a player, if I was at home before a game with my wife, well, we did what we had to do.”

WORLD CUP: Hasbulla has his say in the Messi vs Ronaldo debate

Spain next face Germany, who were on the receiving end of a shock defeat against Japan. None of Germany’s last 51 World Cup matches have ended goalless, so there’s no risk of this one being boring.