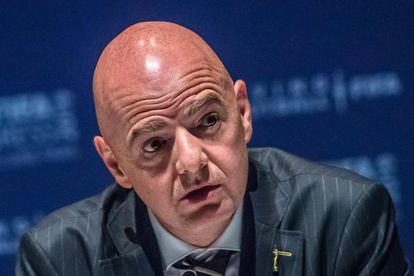 FIFA is burying plans to hold a biennial Soccer World Cup and it won’t even be discussed at the global body’s annual congress this week. Photo: EPA/CHRISTOPHE PETIT TESSON

FIFA is burying plans to hold a biennial Soccer World Cup and it won’t even be discussed at the global body’s annual congress this week. Photo: EPA/CHRISTOPHE PETIT TESSON

FIFA is slowly burying a plan to hold a Soccer World Cup every two years, which will not even be discussed at the global body’s annual congress this week, and leaders are now seeking other ways to feature top national sides.

While no “concrete talks” have been started, regional confederations are considering a new version of the Confederations Cup featuring teams from Europe and South America, according to a source close to the negotiations.

An idea to enlarge Europe’s League of Nations to take in South American countries has also been mooted, sources said.

Talks are expected on the sidelines of the FIFA Congress to be held on Thursday in Doha. But the alternatives are moving slowly as FIFA’s agenda is dominated by sanctions imposed on Russian football after the country’s invasion of Ukraine.

Russia has been expelled from the race to secure places at this year’s Qatar World Cup. Members will be called upon to back the exclusion at the congress.

The biennial World Cup has been left off the agenda, with only changes to the women’s football calendar scheduled for a vote by the 211 member associations.

While Africa and Asia was tempted, the European and South American federations came out strongly against.

Even the International Olympic Committee expressed concerns about the competition calendar and Infantino’s references to two years have dried up.

“It will never happen,” one top football official told AFP, on condition of anonymity.

UEFA president Aleksander Ceferin said this month that a biennial World Cup was a “no go” and that FIFA recognises this.

FIFA launched a massive campaign to persuade its members that a World Cup every two years would bring them extra cash and prestige.

In December it promised an extra $19 million every four years for each national federation while its “solidarity” payments would “potentially” rise from $6 to $25 million – if the reform was passed.

FIFA denied it was simply aiming to make more revenue, however, insisting that it would give more chances for players to shine on the world stage, while being organised with fewer breaks in national championships.

It could potentially double the $6 billion it makes every four years, according to a study it commissioned.

But the European Clubs Association and the World Leagues Forum, which takes in 42 top national championships, were also against.

Players and supporter groups expressed concern about the mental and physical impact on players and the dent in the savings for fans who save up to be able to travel to the finals every four years.

The Confederations Cup, which was played from 1992 until 2019, had featured the eight top nations from each continent playing in a tournament one year before the World Cup.

Europe’s League of Nations features has featured 16 countries since being launched by UEFA in 2018.

Ceferin said he was confident that a solution with FIFA will be reached “soon”.

FIFA to ask all countries to name a stadium for Pele