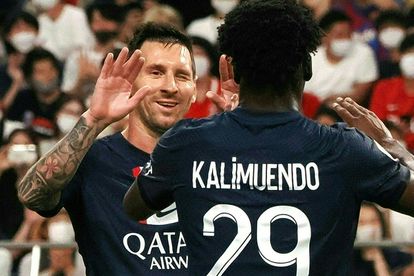 Champion boxer Saul ‘Canelo’ Alvarez issued a warning to Lionel Messi after a video emerged of the star celebrating Argentina’s World Cup win over Mexico with a Mexican jersey on the floor.

The video shared on social media showed Messi seemingly touch the Mexican jersey with his foot while he and his teammates jumped up and down in their changing room following Saturday’s 2-0 win.

“Did you see Messi cleaning the changing room with our jersey and flag????” wrote Mexican Alvarez, a four-weight champion boxer, on Twitter.

“He had better ask God that I don’t find him!!”

Alvarez’s outburst elicited immediate responses from those defending Messi and claiming there was nothing unusual about a football jersey being on the floor after a match.

Some people replied to Alvarez pointing out that the video did not show Messi cleaning anything, nor was there a Mexico flag in it.

But Alvarez doubled down, insisting Messi had nonetheless “insulted” Mexico.

“Mr Canelo, don’t look for excuses and problems, you probably don’t know about football and what happens in the changing room,”

“The jerseys are always on the floor after a game because of the sweat.”

Alvarez became embroiled in several Twitter arguments, including with journalists.

“Just as I respect Argentina, Mexico must be respected. I’m not talking about the country (Argentina) but about Messi and the stupid thing he did,”

Messi had scored the opening goal in the match, with victory keeping Argentina’s hopes of qualifying for the knock-out stages alive despite their opening 2-1 defeat to Saudi Arabia.

He is considered one of the greatest boxers of his generation and has lost only twice in his career, including once to American great Floyd Mayweather.