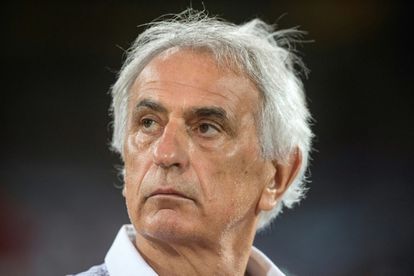 Soccer World Cup 2022 qualifiers Morocco have split with coach Vahid Halilhodzic just three months ahead of the tournament in Qatar.

The fall-out appears to have come over Halilhodzic’s handling of two of his star players.

He sidelined Chelsea’s Hakim Ziyech and Noussair Mazraoui of Ajax for disciplinary reasons and qualified for the World Cup without them, but it seems the federation wanted them back.

“We came to an amiable agreement to part ways due to divergences on preparations for the World Cup,” the Moroccan federation said.

Neither Ziyech and Mazraoui were part of the squad that reached the quarter-finals of the Africa Cup of Nations (AFCON) in Cameroon in January and Halilhodzic omitted both from the World Cup qualifying playoff matches against the Democratic Republic of Congo in March.

The World Cup starts on 20 November in Qatar where Morocco have been pooled with Croatia, Belgium and Canada in Group F.

Halilhodzi has previously qualified for the World Cup finals with both Ivory Coast and Japan.