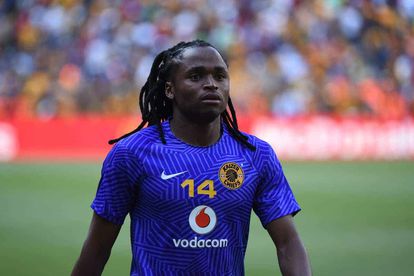 The scorer of the opening goal of the 2010 Soccer World Cup, Siphiwe Tshabalala, continues to bring smiles to the faces of South Africans 11 years later. Photo: Real Time Images

The scorer of the opening goal of the 2010 Soccer World Cup, Siphiwe Tshabalala, continues to bring smiles to the faces of South Africans 11 years later. Photo: Real Time Images

Siphiwe Tshabalala’s sensational 2010 World Cup was widely expected to lead to a move overseas from Kaizer Chiefs. It did not materialise until eight years later, when he joined Erzurumspor, but the script could have been very different.

In a Sunday Zoom press conference with the South African Football Journalists’ Association, Tshabalala revealed that then Arsenal manager Arsène Wenger told him in 2010 that he was on the radar of French giants Paris Saint-Germain.

“I remember during the World Cup, Itu [Khune] and I had a shoot in Sandton… We bumped into Arsène Wenger. Obviously, you become starstruck when a person of that calibre recognises you,” said Tshabalala.

“We had a chat for about five minutes and we spoke about the World Cup. He said I was a good player and I played well. He also recognised Itu and acknowledged him as well.

“He even said to me: ‘I know that PSG wants you.’ He wished me well and his agent took my number.”

As it turned out, the move never materialised, and Tshabalala suffered further disappointments as potential transfers to Nottingham Forest and Crystal Palace fell through.

Nevertheless, he realised he had to keep his head down and focus on his job at Kaizer Chiefs. When he left for Turkey’s Erzurumspor, he had cemented his status as an Amakhosi legend.

Now, he finds himself in limbo once again as a free agent. “Shabba” hopes to find a new club, but the pandemic has put his plans on hold.