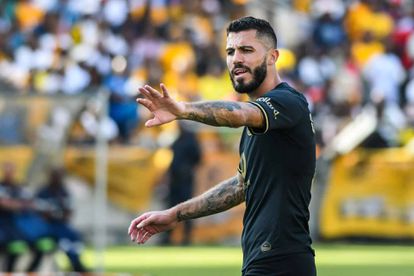 Cardoso, 33, was among a host of players to have their contracts not renewed by Kaizer Chiefs recently. Other players packing their bags were Samir Nurkovic, Leonardo Castro, Lebogang Manyama, Lazarous Kambole, Daniel Akpeyi, Kearyn Baccus and Dumisani Zumu, while Anthony Akumu Agay has been transfer-listed by the club.

Cardoso spent several years at Chiefs after signing for the club in 2015, which coincided with a trophy-less spell at Amakhosi.

It’s now reported by SABC Sport that the respective parties have agreed to a three-year deal for Cardoso to join Sekhukhune, with an announcement expected in the coming days.

It will now be interesting to see when Cardoso could join this new group of players.

Recently, when speaking on the Marawa Sports Worldwide show, Cardoso has revealed what he believes may have contributed to Chiefs’ downfall, including a lack of professionalism from some players.

“I think the biggest downfall over the past seven years I was there… I have seen players brought in and let go within six months to a year [because they were not the right fit],” Cardoso said.

“Sometimes the quality of signings that come to Chiefs… you bring in players from the NFD (National First Division), you bring in free agents. I mean, they are passionate about playing but some players just want to earn a salary.

“And you can see it on the field. You can see who wants to play and how some players just arrive at training under the influence of alcohol because they don’t care. I believe that was the biggest effect [problem] we had at Chiefs in the years that I was there.”

You can watch the clip below:

DANIEL CARDOSO SAID HE WOULD REASSESS HIS OPTIONS AFTER LEAVING CHIEFS

In another recent interview, when quizzed about his future, Cardoso said: “Yeah look there are a lot of teams interested in me in South Africa, while there is interest from teams abroad.

“So for me, I would wait until all the talks with Chiefs has gone under the water and get over that bridge at that time.

“But at the moment it’s off-season and all I want to do is to spend time with my family, just relax and get my mind out of football.”

Albertinia: Missing girls, both nine, found deceased in a shack