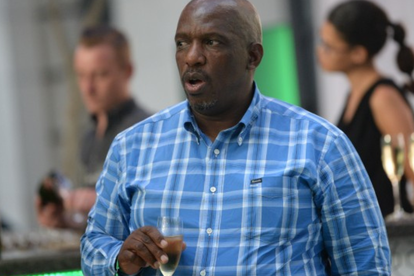 Khabo Zondo is back in the PSL to coach Royal AM. Image: @KickOffMagazine / Twitter

Khabo Zondo is back in the PSL to coach Royal AM. Image: @KickOffMagazine / Twitter

Royal AM‘s opponents for their first preliminary rounds match of the CAF Confederation Cup have officially been confirmed.

And Shauwn Mkhize’s boys will fancy their chances of advancing to the second preliminary stage of the competition.

In a draw conducted in Cairo on Tuesday, 9 August, neighbours Mbabane Highlanders were drawn against Royal AM.

Mbabane Highlanders are regulars in the CAF Confederation Cup but they haven’t really been one of the strongest sides.

Last sseason, the Eswatini-based outfit faced Orlando Pirates in the same competition and the South African club brushed them aside over two legs.

ROYAL AM TO FACE MBABANE HIGHLANDERS IN CAF CONFED CUP

The first leg of this tie between Royal AM will be played at Mbabane Highlanders on the weekend of 9-11 September 2022.

The return leg will be played at Royal AM’s home ground on the weekend of 16-18 September for a place in the second round.

Now, the winner between Royal AM and Mbabane Highlanders will face Zambian giants Zesco United in October.

INSIGHT: How Ndlondlo ended up at Pirates, not AmaZulu