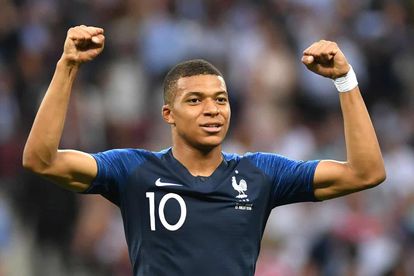 In 11 days the 2022 FIFA World Cup kicks off in Qatar between the host nation and Ecuador. It’s hard to imagine that a little over four years ago French captain Hugo Lloris lifted Les Bleus’ second world cup trophy in Russia.

France will once again be spearheaded by PSG star Kylian Mbappe who scored four times, and are favourites to progress from Group D that includes Australia, Denmark, and Tunisia.

FIRST TIME THE FIFA WORLD CUP IS IN QATAR

Qatar coach Félix Sánchez has his work cut out as the hosts meet Senegal and Netherlands in the remaining two fixtures. Sanchez cut his teeth as youth coach for FC Barcelona before moving to Qatar in 2013 to take up the U19 coaching position.

According to The Telegraph, Brazil is the favourite to take the crown in 2022. The South American nation tasted victory 20 years ago in the FIFA World Cup, when Ronaldo scored two goals in the final to beat Germany at the Yokohama Stadium in Japan. Brazil will take on Serbia, Switzerland and Cameroon in Group G.

France, Argentina and Spain line up behind Brazil as strong contenders to lift the crown on December 18.

To get fans in the mood for the FIFA World Cup, we take a look at the 10 best goals from the previous edition of the tournament. The list was chosen by fans, and kicks off with Toni Kroos’ goal for Germany against Sweden. PSG star Lionel Messi’s effort against Nigeria is also included as well Croatia midfielder Luka Modric’s powerful strike against Messi’s Argentina.

The top goal of the FIFA World Cup as voted by the fans was Benjamin Pavard’s volley in the sensational Round of 16 match that Les Bleus won 4-3 courtesy of a brace from Mbappe. Watch a video of all 10 goals here.