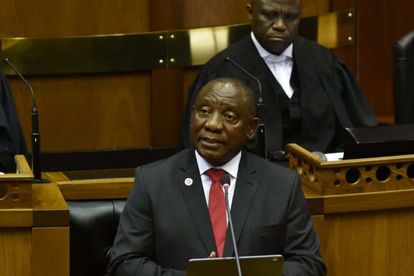 South African government officials, including the President, Minister of Sport and Safa president on Friday joined hands in wishing Bafana Bafana good luck in their Round of 16 clash at Afcon at the Cairo International Stadium in Egypt on Saturday (start at 21:00).

“Bafana Bafana’s entry into the 2019 Afcon knockout stages is in itself a source of pride for all South Africans, but it is also a platform which the national team can achieve even greater success,” said President Ramaphosa.

“I call upon every South African to support the national team from their homes and social space or in the stands in Cairo.”

The Minister of Sports, Arts and Culture, Nathi Mthethwa, who says he has great belief in the team, echoed Ramaphosa’s words.

“Bafana Bafana carry the hopes of the nation, and remain our ambassadors in Egypt, and they also continue to fly our flag high.

Safa president Danny Jordaan, who is in Cairo with the squad, said that despite the team having being drawn in what many pundits termed the Group of Death with the likes of Morocco and Ivory Coast, Bafana Bafana qualified for the Round of 16.

“With the group stages behind us now, the team is where the entire country and Safa wanted them to be in unIthe last 16 where they will face another major hurdle, the hosts and also seven-time champions of this tournament,” said Jordaan.

The winner will go on to face either Cameroon or Nigeria in the quarterfinals.

The final of the tournament takes place on Friday, July 19.