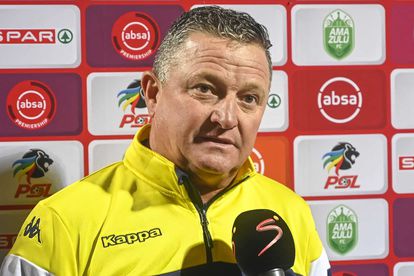 Bidvest Wits will be looking to cement their place among the early Absa Premiership frontrunners when they host Stellenbosch FC at Bidvest Stadium on Wednesday.

The 2016/17 champions have had a respectable start to the season, but have been surprisingly unimpressive on home soil. Despite a 3-0 win over AmaZulu and 1-0 triumph over Polokwane City, both on the road, they have slumped to a 1-0 loss to Baroka and a 3-0 MTN8 defeat to SuperSport United on their own turf.

Stellenbosch FC have proven themselves to be a difficult team to break down, but they have yet to find the back of the net in three matches so far this season.

Stellies were held to a 0-0 draw by Maritzburg United at home in their last match. A similar showing against one of the top PSL teams is unlikely to win them anything away from home.

“I thought we gave as much as we got today. We showed that we’re a difficult team to beat. Now, we have to find solutions going forward,” said Stellenbosch coach Steve Barker to SuperSport TV after the Maritzburg draw.

“We’ve got to create more chances, we’ve got to ask more questions in their box. That’s an area that we have to work on.”

The two teams have not met since Stellenbosch FC was established in 2016 following the relocation of Vasco da Gama.

Prediction: Stellenbosch have proven to be tough to break down, but home advantage and quality players should see Wits through. Boosted by Bafana Bafana captain Thulani Hlatshwayo having signed a contract extension, the Clever Boys are tipped to win 1-0.