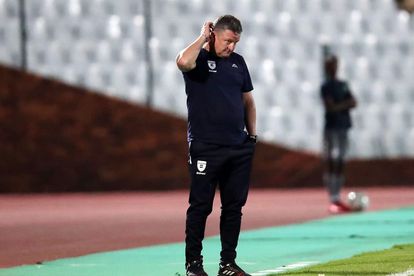 Wits continue to play catch up in terms of the PSL fixture list as they face Highlands Park at Bidvest Stadium on Wednesday.

Wits suffered a blip last week with a 1-0 defeat to Maritzburg United, but bounced back with a 1-0 victory over Baroka on Saturday.

Meanwhile, Kaizer Chiefs allowed Gavin Hunt’s charges back into the title race by going down 2-1 to Maritzburg United on Saturday.

Highlands Park are on a high themselves, having beaten Bloemfontein Celtic 2-0 in a crucial fixture in the race for MTN8 qualification.

“The boys deserve all the credit. They ran their socks off — this is a team that beat us 3-1 in the first round,” Lions of the North coach Owen da Gama told SuperSport TV after the win.

“At the end of the day, the tactical approach was spot on. They’re a ball-playing team; we made sure we nullified them in the middle.”

Wits can leapfrog SuperSport United into fourth place on the table with a victory, while Highlands Park can move within one point of the Clever Boys.

Prediction: Highlands Park tend to struggle away from home, so Wits are predicted to sneak a narrow win in this game.