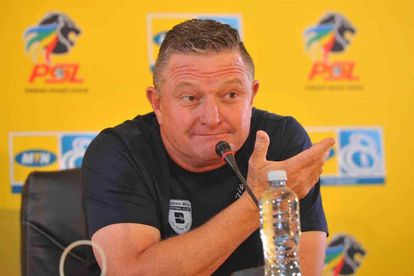 Amakhosi slipped to 14th in the DStv Premiership standings after the defeat to Ernst Middendorp’s side as a brace from Judas Moseamedi sunk Chiefs at the FNB Stadium.

HUNT: THERE’S A LACK OF ENERGY IN AREAS

“Disappointed with the result. I think they had two chances and they scored. But that’s football. That’s what’s happening with us. I thought we had a lot of the play but obviously a little bit of lack of energy in the areas,” Hunt told SuperSport TV post-match.

“And obviously only having two central midfielders available so we couldn’t change much. But it is what it is.“

MUST READ | AS IT HAPPENED: KAIZER CHIEFS V MARITZBURG UNITED

Gavin Hunt fielded youngsters Darell Matsheke and Njabulo Blom in the middle of the park, but suggested Tuesday’s CAF Champions League win in Angola and the impact of Covid-19 left him with little choice in selection.

“They gave a big effort on Tuesday. We couldn’t change it because we didn’t have anything else. But we can’t make excuses. Everyone’s in the same boat with Covid. We’ve got to be tougher, bigger, stronger. I thought for both goals we were a little bit weak. Is it really a 2-0 nil game? But it’s 2-0. That’s what it is.

“We’ve got a lot of games. We’re getting more and more depleted so we’ve got to be very careful,” Gavin Hunt said.

Chiefs will next be in action on Wednesday, 13 January when they travel to Kings Park in Durban to play Benni McCarthy’s AmaZulu side.