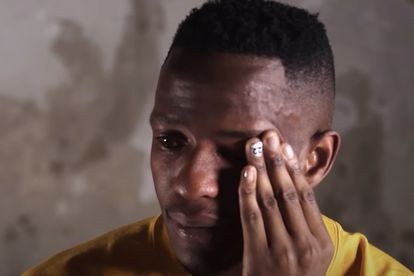 Chiefs star Lehlogonolo Matlou has shared an emotional account of a past injury that threatened to derail his career before it really began. Photo: YouTube screenshot

Chiefs star Lehlogonolo Matlou has shared an emotional account of a past injury that threatened to derail his career before it really began. Photo: YouTube screenshot

Matlou, who has banked game-time in several matches for Chiefs this season, was featured in the latest episode of Amakhosi’s My Kasi series where viewers are able to get to know more about his family, how he grew up, his friends and more.

Hailing from humble beginnings, Matlou also shares his emotional account of how he broke his leg while playing for the Johannesburg Secondary School under-13 side.

The severity of the injury could have ended his career, but he found the strength to defy the odds, thanks largely due to the support of life coach Rhulani Mabasa.

“We were playing in the Metropolitan Schools Tournament against Pimville at [Soweto’s] Nike Football Training Centre,” Matlou said in the episode. “[It was in] the first five minutes of the game that they passed me the ball on the left-hand side.

“I pushed the ball once, the second time I pushed it with my right, trying to cut inside and no-one kicked me, I was alone and I just heard the sound of a bone breaking. On the ground I tried to move my foot, and I could feel the bones touching each other.

“I thought I wouldn’t play football again because that is what they said at the hospital,” tearful Matlou continued.

“It was not an accident, I was just at the stadium [playing football]. But I thought of what Rhulani once said to me: never give up. I worked hard, really worked hard to be where I am today.”

You can watch the insightful Chiefs video below, with Matlou sharing his emotional story towards the latter part of the clip.