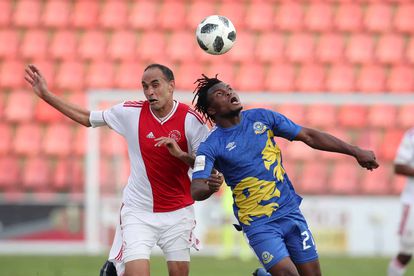 Tshakhuma Tsha Madzivhandila’s off-field problems are escalating with three big name stars reportedly going on strike at the club due to unpaid salaries.

The PSL newcomers have been rocked by issues away from the field of play since the the beginning of the season after purchasing Bidvest Wits’ top flight status.

It has since been reported that three senior players in the form of Mogakolodi Ngele, Lerato Lamola and captain Lehlohonolo Nonyane have gone on strike over unpaid salaries.

According to reports, unpaid salaries at Tshakhuma Tsha Madzivhandila means certain senior players have refused to travel with the Thohoyandou based side to Cape Town including their captain.

“These players are not joking man, they want their money,” a source told KickOff.

“They are tired of receiving half-salaries, how are they supposed to make a living? They didn’t return after Christmas.

“But the owner [Lawrence Mulaudzi] has promised to pay them very soon, so they are still waiting for him. There’s lot of stories at this Tshakhuma team.”

Tshakhuma Tsha Madzivhandila sit in 12th position on the DStv Premiership log standings. They face Cape Town City on Saturday afternoon where a victory can see them potentially move up to ninth.