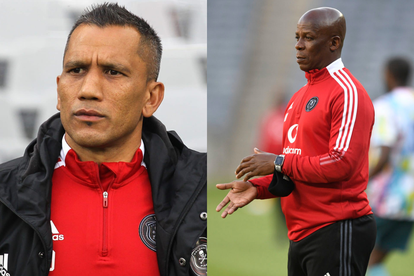 TS Galaxy welcome Orlando Pirates to the Mbombela Stadium on Monday as both teams will be battling it out for three points.

TS Galaxy head into this encounter desperate for maximum in order to ease their relegation fears – they are placed 15th on the PSL log.

They are five points above Baroka with four games to go, and a win over Pirates will take them to 26 points and move them up to 13th and tied on points with 12th-placed Chippa United.

Pirates, on the other hand, need the three points in order close the gap between them and Cape Town City while also chasing second-placed Royal AM.

The Buccaneers are currently fourth on the log with 40 points from 26 games, meaning they will move to within a point of City who are third on 44 points.

HOW TO WATCH TS GALAXY VS ORLANDO PIRATES MATCH ON TV

According to Pirates, the match will be screened LIVE on SuperSport PSL channel 202 with the build up scheduled for 14:30.

SABC Sport will not broadcast the game on any of their TV platforms but The South African will run a live blog for the match.