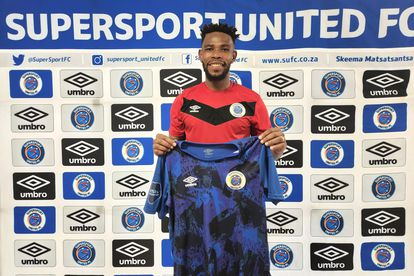 Earlier this month it was confirmed that Hlatshwayo has officially made the move to SuperSport United, with the former Pirates and Bafana captain having already started training under new coach Gavin Hunt.

The former Bafana captain enjoyed memorable stints with Ajax Cape Town, Wits and then Pirates, but he was released from the Buccaneers squad earlier this year.

Interestingly, he has now found a new home at SuperSport, where he will be coached by newly-appointed Gavin Hunt.

Hlatshwayo has now suggested that everything changed for him at the Buccaneers after he made a blunder in the 2-1 defeat to Kaizer Chiefs back in November last year.

“In the change room, I told everyone I take full responsibility for the mistake I made. I made a mistake and was never given an opportunity to fix it, but listen, lesson learnt,” said Hlatshwayo in his latest interview with Soccer Laduma.

“They were not completely honest. We had a meeting two days after that game, myself and the coaches, and they told me they were looking to change the team and see if what they were planning would work. But the change never came.”

He added that his lack of game-time simply deserved a straightforward explanation.

“Tell me. Be blunt with me; I will take it. When such happens to a youngster, we as senior players are the ones expected to tell them, right? But with me, who must talk to me? It’s the coaches. They must be blunt to me, be straightforward,” he added.

“There was no honesty and integrity. I’m not one to talk bad about someone else. I’m not that type of person. Forget me as a player; that’s not in me as a human being. But someday, things will make sense.”

SuperSport revealed the following statement about the deal with Hlatshwayo:

SuperSport United is delighted to announce the arrival of former Orlando Pirates and Bafana Bafana captain Thulani Hlatshwayo on a one-year deal with an option to renew.

The 32-year old reunites with head coach Gavin Hunt after a wonderful spell at Bidvest Wits between 2014 and 2020, winning the league title as well as the Telkom-Knock Out trophy.

Hlatshwayo comes to the club with a wealth of experience having played over 300 domestic games and captained Bafana Bafana with just over 30 caps under his belt.

Head coach, Gavin Hunt is excited about the club’s new acquisition, “The signing of Tyson is a wonderful addition for the club and he comes with a lot of experience. He was the Bafana Bafana captain as well as my captain at Bidvest Wits, we won trophies together and he’s definitely ready to get working and to get going again. It’s a huge opportunity for him and for us at the club.”

Thulani Hlatshwayo adds: “SuperSport United is a team that is known to win trophies and I hope I can share my experience which means I have to equally work hard. There is competition in the team which is good for the energy around the players as well as keeping the togetherness and I will make sure I earn my right to play.”

READ | WILL GAVIN HUNT SUCCEED WITHOUT MBULE AND WILLIAMS AT SUPERSPORT UNITED?

Drunk driver numbers are worst in THIS province in Mzansi