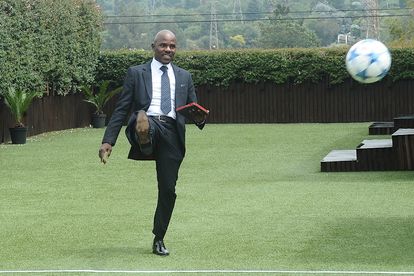 Veteran sport anchor Thomas Mlambo has returned to SuperSport following his departure from the SABC Sport on 31 March 2022.

Mlambo had left SuperSport for the SABC Sport 2013 after being given an offer he couldn’t refuse by then SABC COO Hlaudi Motsoeneng.

He hosted a variety of sport TV shows, including SoccerZone and Sport at 10, in addition to anchoring live football matches at the SABC.

Mlambo, however, brought his relationship with the SABC Sport to an end in March, almost 10 years after joining the public broadcaster to pursue ‘other interest’, the SABC said in a statement last week.

His return to SuperSport was reported in the media earlier this week, but the pay-per-view media house only confirmed the news on Friday.

According to SuperSport, Mlambo will be back on the screen at the start of May 2022.

SuperSport CEO Marc Jury lauded Mlambo’s professionalism and he’s excited by his return to the World of Champions.

“Thomas is more than a world-class broadcaster. He is the epitome of professionalism, known as much for his insight as his warmth and good humour. We can’t wait to see him back doing what he does best,” said Jury.

Mlambo expressed delight at being back to where it all began for him as a sport TV presenter, and he’s looking forward to serving the African football fraternity.

“SuperSport is where I began as a sport TV presenter and this opportunity to return is extremely exciting for me. I look forward to reconnecting with viewers across the African continent and to be part of one of the world’s biggest sport broadcasters,” said Mlambo.