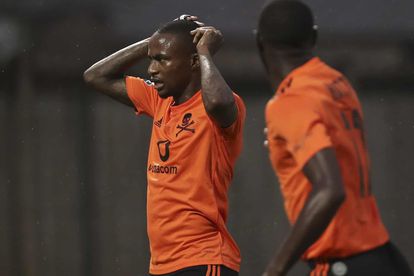 Orlando Pirates star Thembinkosi Lorch has made an honest but rather shocking admission regarding the current situation at the Buccaneers.

Orlando Pirates ended their lengthy title drought last season after winning the MTN8 however they failed to kick on from that and ultimately endured a rather underwhelming campaign.

This came despite signing a number of quality players in the form of at the time Bafana Bafana captain Thulani Hlatshwayo, Richard Ofori, Thabang Monare, Deon Hotto and Terrence Dzvukamanja amongst others.

Orlando Pirates have been through no less than 10 coaches over the past decade but the performances on the field haven’t been up to standard in Mayfair.

“I’ll be honest, I think nowadays the players only play for themselves. You don’t want to see someone else shine.” Orlando Pirates star Thembinkosi Lorch told PiratesTV.

“When was the last time you saw Pirates scoring a tap-in? Someone else passing it for someone to score a tap-in? I think everyone plays for themselves now.”

Orlando Pirates star Thembinkosi Lorch has been plagued by injuries in recent times. The former PSL Player of The Season missed over 15 matches through injury last season.

He’s also yet to feature for the Buccaneers this season after missing the first three games through a shoulder injury.

“Lorch has a shoulder problem. He can’t train, and also can’t play. It happened in the week where he got the problem.” former Orlando Pirates coach Josef Zinnbauer said last month.

Thembinkosi Lorch scored 28 goals and a further 22 assists for the Buccaneers since joining them from Maluti FET college in 2015. He enjoyed successful loan spells at Cape Town All Stars and Chippa United before establishing himself as a key man at Orlando Pirates.