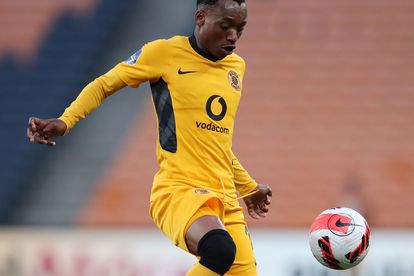 Khama Billiat of Kaizer Chiefs during the DStv Premiership 2021/22 match between Kaizer Chiefs and Chippa United on the 16 October 2021 at the FNB Stadium, Johannesburg ©Muzi Ntombela/BackpagePix

Khama Billiat of Kaizer Chiefs during the DStv Premiership 2021/22 match between Kaizer Chiefs and Chippa United on the 16 October 2021 at the FNB Stadium, Johannesburg ©Muzi Ntombela/BackpagePix

Kaizer Chiefs dominate the latest PSL transfer rumours as they look set to rebuild their squad in a bid to revive their fortunes.

Kaizer Chiefs could get their man after all

Despite the reported disintegration of the move it seems Chippa United Striker Bienvenu Eva Nga could still be headed to Naturena.

The player’s agent had told reporters that the deal was off but a source has revealed that fresh meetings will take place this week.

Kaizer Chiefs to ward off rival suitors in pursuit of Vila

SuperSport United and AmaZulu have reportedly joined the race to sign Sibusiso Vilakazi.

Vilakazi is contracted to Sundowns until 2024 but there is a suggestion that the Brazilians might let him go on the cheap.

Former Orlando Pirates coach Ruud Krol has suggested that he put Amazulu off him by asking questions about Benni McCarthy’s departure.

Krol rubbished rumours linking him to a return to Pirates but confirmed Amazulu had made contact with him.

I got a phone call a few weeks ago to ask if I am interested in AmaZulu because Benni McCarthy was leaving,” Krol told Lorenz Kohler of iDiski Times.

“They sent him away, I don’t know what happened but I could not understand and they could not tell me what happened to him. I think he did a fantastic job if I can say so from what I have followed from a distance.

“After that, I had two more calls and since then I’ve not heard anything from there, it wasn’t the President [Sandile Zungu] who called, it was a different person, you know how it works in South Africa, sometimes people phone you then they say they are friends with the president, that’s South Africa, you would know better than me on how it works sometimes.”

Zwane has suggested that Kaizer Chiefs have misspent in the past, perhaps due to a failure to consult the head coach and technical team.

“It is key that everyone who is going to come in will have to fit into the system and the way of playing,” Zwane said in his post-match press conference.

“It’s pointless for us to try and play the way we want to play but then we’re not getting the players that will fit into that system.

“Gone on the days where we would just bring in any player to Kaizer Chiefs for the sake of saying ‘he’s a good player.’ He can be a good player but not for Kaizer Chiefs. So we will go specifically for players who we think will suit our style of play.”