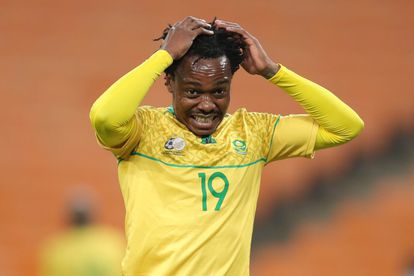 South African football media has been abuzz at the prospective move of Percy Tau to Al Ahly, but the Premier Soccer League’s teams have also been linked to big deals.

Here we lift the lid on the latest breaking PSL transfer rumours, as reported across South African football media.

According to Polish football site Weszlo.com Cele will not be joining Radomiak. The publication alleged that Cele’s representatives from Soccer Soul Management had “exorbitant financial expectations”.

Royal AM coach could get the boot

The future of former Royal AM coach Posnet Omony is in doubt as it seems the Durban club will retain the services of the Bloemfontein Celtic technical team, whose franchise the purchased to take their place in the DStv Premiership.

A source told Soccer Laduma that Omony could be let go by owner Shauwn Mkhize.

“Posnet Omony could be affected by the changes that are taking place at Royal AM and could be set to leave the club. After doing a great job, because you must remember that he was also the acting coach when Floyd Mogale left the club and was one of the guys who almost helped the club to promotion, now that the club has bought the Bloemfontein Celtic status he is told that the members of the technical team don’t want to mix and work together. The guy is on his own, and it seems the club is about to let him down,” said the source.

Bennett is the 12th player to join Maritzburg United in a transfer whirlwind that has also seen ten players depart including leading goalscorer from last season Thabiso Kutumela.

After a short trial, Maritzburg United announced the signing on social media: “The club is delighted to announce the new addition of Razeen Bennett.

where he was a fixture in the Diski set-up.”

Gaston Sirino has pledged to give his all for Mamelodi Sundowns this season having seemingly failed to engineer a move to Al Ahly.

The loan capture of Percy Tau by Al Ahly seems to have put paid to any notion of Pitso Mosimane bringing another non-Egyptian striker into his Red Devils squad.

Sirino has seemingly given up on the prospect of leaving Chloorkop for Cairo, at least for the 2021/22 season.

“Gaston very important player for us, settled now focused, he pledged his commitment and this is what we say all the time.We can’t remember one or two mistakes when the player has shown us 150 times that he loves the club, he’s committed to the club,” Mokwena told SuperSport TV.

“And sometimes you try to forget one or two occassion – and it happens to everybody you know – where we make mistakes and we try to remember the 99 times that he’s respected us, fought for us and helped us to win football matches.

“And we’re happy that his attitude is here and he’s settled, focused on helping the team meet it’s ojectives and we continue to work.”

Bafana Bafana and Brighton forward Percy Tau has been spotted in South Africa and is rumoured to be preparing for his next move.

Tau has reportedly returned to South Africa to put his affairs in order for a move to Egypt’s Al Ahly.

KAIZER CHIEFS TARGET NOT FOR SALE

“Du Preez, he’s one of our key assets, the way he plays, he’s key to Steve’s philosophy and how we want to play the game, so at this stage and for the foreseeable future, Ashley du Preez is a Stellenbosch Football Club player,” Benadie said.