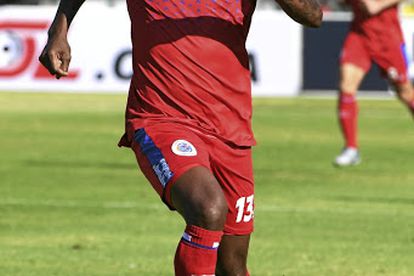 SuperSport United fan favourite Thamsanqa Gabuza could be heading back to Durban with AmaZulu said to have reignited their interest.

AmaZulu were first thought to have shown interest in Gabuza before the start of this season, but the striker stayed at SuperSport instead.

McCarthy a huge admirer of Gabuza

That time around, those rumours were thought to be influenced by former AmaZulu coach Benni McCarthy who is said to be a huge fan of Gabuza. Bafana Bafana’s all time leading top goal scorer, played alongside the SuperSport target man and it is believed that he saw him as the perfect player to lead his attack in the CAF Champions League this season. That move did not materialise, however, and McCarthy ended up losing his job at the club on Friday.

SuperSport were approached by AmaZulu

According to The Citizen, AmaZulu went back to SuperSport for Gabuza’s services in the January transfer window, but were told that the players was not up for sale. Usuthu then found themselves having to look elsewhere for a player to fill in that target man role in the side. It is then said that the main reason Matsatsantsa refused to sanction a move for the striker, was because he is currently their go-to guy in the absence of top goalscorer Bradley Grobler.

At the time of speaking, the source cited McCarthy as the driving force behind the pursuit of Gabuza, shortly before he was fired by AmaZulu.

Will they still go in for him after Benni’s sacking?

“One thing for sure is that Benni McCarthy is a huge fan of Gabuza and he would love to have that kind of striker, especially since Usuthu might part ways with a couple of their front liners at the end of the season. They admire Gabuza’s current form and feel he would fit well into Benni’s system,” said the source.

READ | FRANCE VS BAFANA BAFANA SOLD OUT! AND FOR A GOOD CAUSE WITH R1.6 MILLION DONATION

With McCarthy now no longer AmaZulu coach, it remains to be seen if the club would still be interested in signing Gabuza from SuperSport or opt for an alternative.