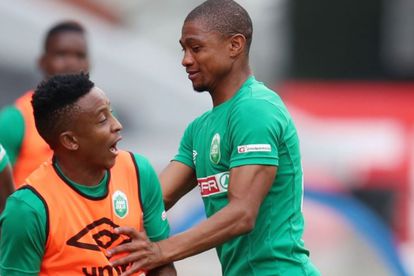 A few weeks ago, The South African reported that the club’s head coach Brandon Truter confirmed Qalinge was training with Usuthu’s reserve team.

Now, according to latest reports, Ekstein is also training with the DStv Diski Challenge team under coach Siboniso Vilakazi.

It remains to be seen whether the Durban-based club will consider bringing them back to the first team.

“Ekstein and Qalinge are still training with the reserve team,” said a source to KickOff.

“What happened with them is that they decided not to settle with the club despite not being in the club’s plans for the new season.

“It was then decided that since they still have running contracts, they will continue with the club but train with the reserve team which they are still doing up until now.

“It is known as yet if their situation will change before the close of the transfer window.”

AmaZulu will host Chippa United in their next DStv Premiership match at the Moses Mabhida Stadium on Saturday, 10 September.