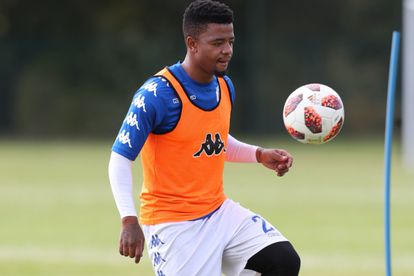 Swallows FC have confirmed that they will not be signing former Kaizer Chiefs attacker George Lebese and that he has stopped training with the club.

Swallows FC have confirmed that they will not be signing former Kaizer Chiefs attacker George Lebese and that he has stopped training with the club.

Swallows coach Brandon Truter says George Lebese will be given a chance to regain his fitness before a decision is made regarding his future.

However, he’s now ended his stay in America and has been training with the Dube Birds in the hope of securing a contract.

George Lebese played 147 matches for Amakhosi between 2008 and 2017 after which he represented Mamelodi Sundowns on 10 occasions.

He also has six Bafana Bafana caps to his name.

Truter said according to Kickoff: “He has not played football for a long time but you can see the quality is there. We cannot say much for now.

“We want to give chance to work on his fitness and try to bring him into good shape.

“He is a quality player, you can’t doubt it. He has shown his quality already at training.

“As I said before, let him get into fitness first and we will see what will happen after. The quality is there.”

On This Day: What happened on 29 August?

Daily devotion: Your bible verse and prayer for 29 August 2022