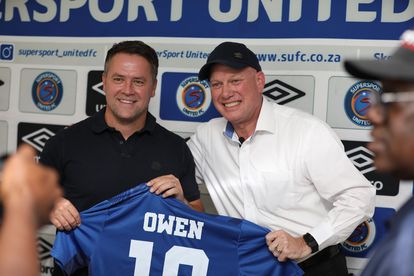 Liverpool great Michael Owen on Thursday visited SuperSport United at their training grounds in Tshwane, the club confirmed with pictures.

Owen is currently in South Africa for the 2022 FIFA World Cup where he works as a pundit for SuperSport TV.

He enjoys a great working relationship with SuperSport United coach Gavin Hunt as the pair worked together before for the giant Television station.

And it is no brainer that Hunt was influential in Owen paying his players a visit at their training base to perhaps try and motivate them.

SuperSport United handed Owen this season’s replica jersey with the No.10 printed on it. The former Real Madrid wore the number during his playing days.

*All the pictures courtesy of SuperSport United