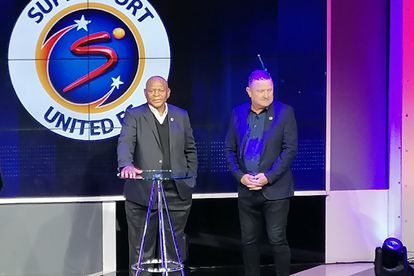 SuperSport United have officially announced Gavin Hunt as their new head coach to end speculation around their search for a new mentor.

Hunt rejoins Matsatsantsa on a two-year deal following a long hiatus that saw him last coach in the PSL in December 2021.

“SuperSport United FC is pleased to confirm the return of coach Gavin Hunt as head coach on a two-year deal.”

Hunt returns to the club he enjoyed huge success with between 2007 and 2012 where he won three league titles in a row and a Nedbank Cup.

The 57-year-old expressed delight at rejoining SueprSport United who had not been without a permanent coach since the sacking of Kaitano Tembo in April 2021.

“I am really excited and looking forward to the challenge ahead, especially to work with the younger players at the club and build the team to ensure the club is successful and competitive In the PSL,” said Hunt in a statement released by SuperSport United.

Since his departure from SuperSport United in 2012, Hunt coached Bidvest Wits, Kaizer Chiefs and Chippa United.