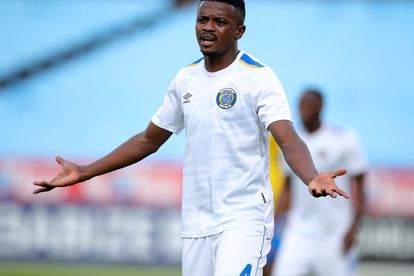 Previous reports have suggested that there has been an offer for the in-demand midfielder from defending DStv Premiership champions Mamelodi Sundowns in the region of R16 million ($1 million).

Mokoena has previously been linked with interest from both Orlando Pirates and Kaizer Chiefs, with the 24-year-old currently one of the hottest properties in the country.

According to the latest from KickOff, though, Masandawana are now said to have tabled a deal that includes a lucrative offer alongside first-team players in part exchange.

“The negotiations are ongoing and have elevated to another level this week,” a source revealed.

“Sundowns are prepared to offer SuperSport United cash plus players but that offer is still to be finalised with the players yet to be identified.”

Should Mamelodi Sundowns pull off the deal, it would represent a massive coup and further distance the already dominant Tshwane giants from the chasing pack in Mzansi.

Mokoena, who will turn 25 later this month (24 January), has played 156 matches to date in all competitions for SuperSport United, scoring 15 goals with 17 assists.

A look at the standings shows Mamelodi Sundowns enjoy a yawning 14-point gap over second-placed Orlando Pirates with just 11 matches remaining this season.

The title would be Masandawana’s fifth in a row and 12th all-time since the PSL era kicked off in the 1996/97 season.

Mamelodi Sundowns will next be in action in the opening match of their Group A CAF Champions League campaign at home to Sudanese side Al-Hilal on the weekend of 11/12 February.

Their next DStv Premiership assignment will be a home match against struggling Chippa United on Wednesday, 16 February at 17:00.