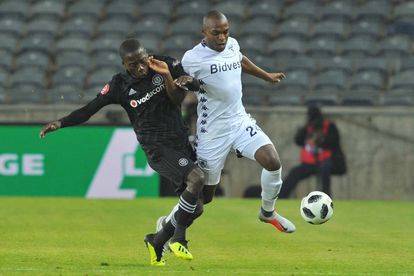 After his player of the month award for December, Bidvest Wits’ Gift Motupa admitted that Mamelodi Sundowns are pursuing his signature.

How good is Motupa’s recent goalscoring record and would he be suitable for Sundowns?

Motupa arrived at Bucs in 2015 from Baroka, but had a very mixed time with Pirates. In this first season, he managed to score two goals, but he was given just 821 minutes on the pitch across 25 appearances. Back then, he was largely considered an attacking midfielder and even played as a genuine central midfielder at times too.

His second season at the club was a disaster for the player as he did not score a goal and got only 332 minutes of playing time. He desperately needed a move and one was forthcoming to Baroka for the 2017-18 campaign.

Things changed completely for Sundowns target Motupa in this loan spell as he scored nine league goals, with five of those coming off the bench. This season saw him play as a genuine striker for much of the time, a role that suited him significantly better. After that campaign, he was expected to be recalled by Pirates and used in his new position, but he was instead allowed to leave.

Ahead of the 2018-19 season, Chippa United announced they had acquired Motupa from Pirates as part of a swap deal for Linda Mntambo and Paseka Mako. However, he never played a game for the club and was sold to Bidvest Wits six weeks later in a somewhat bizarre set of events. Chippa seemingly always had the intention to include him in that deal with Pirates with a view to selling for a profit as soon as possible.

At the Clever Boys, Motupa has found a home. He netted 11 goals in all competition in this first season there, and this time around, he has continued his hot form.

He has netted six goals in the CAF Confederations Cup this season, including four in one game against UD Songo. In league action, he has five goals and has scored four in his last seven games. This is despite clearly not holding the complete trust of coach, Gavin Hunt, who has only used him for 52% of the available league minutes this campaign. Harder working and more reliable players are often preferred to Motupa.

Pitso Mosimane has long been targeting a pure poacher to finish off the high number of chances that his team creates. Jeremy Brockie failed to provide the solution in that regard, and Mauricio Affonso is a target man for specific matches rather than an undisputed first choice. A more mobile attacker like Motupa would, therefore, fit the bill. He has good pace, can score with both feet and with his head (as he did recently against Pitso Mosimane’s side), and is a specialist impact substitute too, having always scored regularly for Baroka and Wits off the bench.

There are doubts about his work-rate and link-play though, and maybe Sundowns would be better off looking to get Lebohang Maboe back on the pitch as a false nine with three players in support as opposed to the 4-2-2-2 shape used for most of this season. The likes of Keletso Makgalwa and Phakamani Mahlambi would get even less minutes should Motupa be signed and that would be a waste of two very good young forwards.