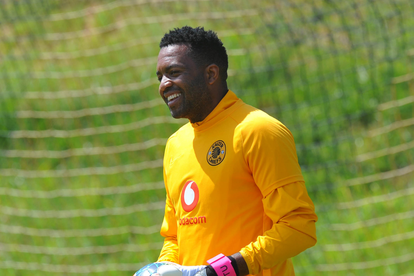 When your coach refuses to select you, it can only be GOOD NEWS when the club sacks him!

That’s exactly the scenario facing Itumeleng Khune after Kaizer Chiefs and Stuart Baxter came to a mutual agreement on Thursday regarding the early termination of the 68-year-old Englishman’s contract with immediate effect.

While it’s true Kaizer Chiefs are spoilt for choice in the goalkeeping department with all of Khune, Daniel Akpeyi, Brandon Peterson and Bruce Bvuma on their books, it was Khune who enjoyed the least time between the sticks under Baxter.

Whether Khune’s fortunes change moving forward under whoever is appointed at the next Amakhosi coach, remains to be seen.

But one thing is for sure, he can’t play any less!

In what was his second spell at the helm of Amakhosi, Baxter led the team in 23 matches (excluding 3 league matches in December 2021 where he contracted Covid-19).

He managed to win 9 matches, draw 6 and lost 8 of those fixtures. That represents a win percentage of 39%.

The Glamour Boys scored just 25 goals in that time and conceded 23.

Kaizer Chiefs management confirmed that assistant coaches Arthur Zwane and Dillon Sheppard will take charge of the team for the remainder of the season, starting with the next match away from home against Stellenbosch FC on Saturday, 23 April.

Amakhosi have seven matches remaining in the 2021/22 DStv Premiership season.

They are currently fourth in the standings with 39 points as they look for a top-three finish which would guarantee CAF football next season.