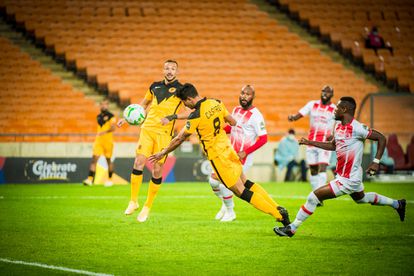 Stuart Baxter has revealed his plans for CBD after Leonardo Castro made his much-anticipated PSL return.

Everyone is waiting to see the dynamic trio that conquered Africa and the DStv Premiership reunite at Kaizer Chiefs.

CBD (Castro, Khama Billiat and Keagan Dolly), have yet to start for Amakhosi because Castro has been injured since Dolly’s arrival to Naturena. So, when can we expect to see CBD’s famous reunion at Chiefs? Baxter reveals the answer…

“Nice to see Leo Castro back on the field,”

Baxter is focused on ensuring that Castro’s return is gradual so that the star fully recovers and returns to his best. He got 10 minutes against Maritzburg United on Sunday.

This is the plan for the next few matches while gradually increasing his minutes with each match.

In the meantime, Amakhosi legend Bernard Parker is forming an excellent trio with Billiat and Dolly.

CBD will reunite at Chiefs but for now, Castro’s recovery is key and Parker is in great form.