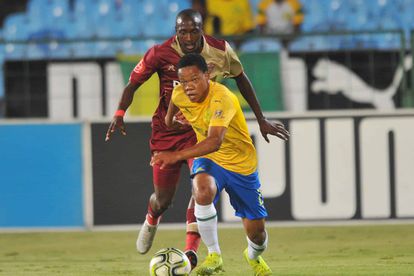 Another fixture that will affect the league title race takes place on Wednesday night, as Stellenbosch FC host Mamelodi Sundowns.

The defending league champions are seven points behind the log-leading Kaizer Chiefs, and take their search for a hat-trick of PSL crowns to Athlone Stadium.

They come up against a side they overcame easily in what was a historic meeting between the two outfits back in November.

On that occasion, goals from Themba Zwane, Sphelele Mkhulise and Keletso Makgalwa gave the Brazilians a 3-1 win, with Ryan Moon grabbing the top-flight newcomers’ only goal of the encounter.

For Wednesday’s fixture, just two of the goal-scorers from the previous meeting will be running on to the field from the first minute.

Sundowns coach Pitso Mosimane has named Zwane and Mkhulise in his starting XI, with Makgalwa not making the matchday squad.

Moon, on the other hand, slots into the Stellenbosch bench, which features its fair share of proven goal-scorers in the form of Iqraam Rayners and Waseem Isaacs, who have provided 12 goals between them to the Stellies cause.

Entrusted with leading the charge for the hosts is the experienced Ovidy Karuru, along with young Ashley du Preez, with the likes of Leletu Skelem also providing some attacking impetus from out wide.

Stellenbosch are 11th on the log standings, having won four of their last six matches.