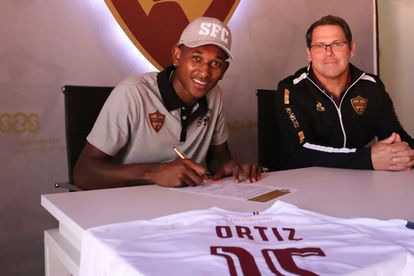 READ | UNHAPPY ORLANDO PIRATES MIDFIELDER ON HIS WAY OUT?

Ortiz, who stands 1.89m, is most comfortable on the right-wing but due to his height can also play at centre-forward.

Stellenbosch FC are currently third in the DStv Premiership standings with 29 points after 18 matches.

They are only a point behind second-placed Orlando Pirates – and have a game in hand over the Buccaneers.

Stellenbosch FC will be eyeing a CAF Champions League spot

Stellies will definitely be eying a CAF Champions League spot for a runner-up finish in this season’s league.

Their next league assignment is also a match clash on Wednesday, 16 February against a struggling Swallows side.

Newspaper front pages from around the world, Wednesday, 29 June 2022

JUST IN: Bavuma out of UK tour, Miller steps into leadership role

On baecation?! Could this mean Lorch is Natasha Thahane’s baby daddy?