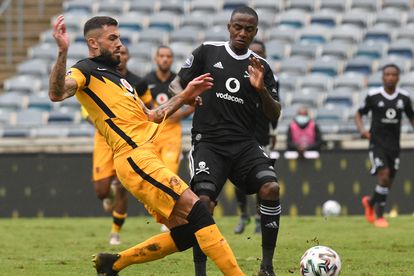 The top goal scorer in the Soweto derby out of the current crop of players will leave you absolutely shocked!

When Orlando Pirates host Kaizer Chiefs on Saturday, the player on the field with the most goals in this derby will be Daniel Cardoso.

According to DailySun, Cardoso has four goals in this derby which is more than any of the players in either side. Thembinkosi Lorch is injured, so unless he makes a speedy recovery, Cardoso will have this honour.

Lorch has 5 goals in the Soweto derby. There is one other man with four goals in this rivalry, Leonardo Castro.

Castro is likely to play off the bench but if he does start he will have the chance to level Lorch’s tally. Meaning, if Castro scores he will become the joint top-scorer in this derby, out of the current players that is.

Tshabalala could see his record surpassed by Cardoso or Castro if either player finds the back of the net on Saturday, 5 March 2022.