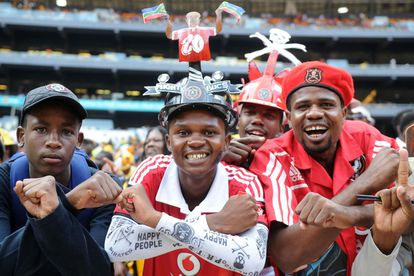 The XI articles you simply must read ahead of kick-off in Saturday’s 101st Soweto derby between Kaizer Chiefs and Orlando Pirates. Photo: Backpagepix

The XI articles you simply must read ahead of kick-off in Saturday’s 101st Soweto derby between Kaizer Chiefs and Orlando Pirates. Photo: Backpagepix

Build-up to the 101st Soweto derby has dominated online headlines in recent days, so much so that you will be excused for not knowing that there are in fact seven other DStv Premiership matches this weekend!

But it’s all about Kaizer Chiefs and Orlando Pirates this weekend in what is Africa’s second biggest derby – after the Cairo derby between Al Ahly and Zamalek (read all about that result HERE).

In case you haven’t been able to keep up to date with all the articles published ahead of the match on The South African website, fear not!

We’re taken the liberty of listing, appropriately, the XI you should read prior to the 15:30 kick-off.

Kaizer Chiefs head into the clash against Orlando Pirates with history firmly on their side, thanks to coach Stuart Baxter!

2. Soweto derby: Will you be left in the dark? Check the Eskom schedule

Thanks to Eskom, you may well miss the Soweto derby as the power utility announced that there will be load shedding this weekend

5. Soweto derby: Who has held township bragging rights over the years?

SA will come to a standstill on Saturday when Kaizer Chiefs host Orlando Pirates in the Soweto derby. But who will have township bragging rights come the final whistle?

6. Who is Bernard Parker? 10 things to know about Kaizer Chiefs’ ‘Die Hond’

How much do YOU know about the man affectionately known as ‘Die Hond’? 10 stats and facts to impress your mates!

9. Soweto derby: Who the BOOKIES say will win!

Kaizer Chiefs and Orlando Pirates are mere minutes away from the first Soweto derby of the DStv Premiership season. Go place a bet!