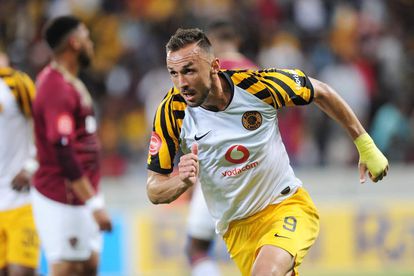 Kaizer Chiefs have scored 45 goals this season so far across all competitions, netting a league-high 39 goals in their 20 Premier Soccer League (PSL) matches and five across their Telkom Knockout and Nedbank Cup runs.

With 10 league games to go, there is still the opportunity for these players to bolster their numbers significantly before the end of the campaign, although it will be tough for anyone to catch Samir Nurkovic at the top of the Amakhosi scoring charts — or Lebogang Manyama in the assist charts.

This season, Chiefs have had 20 goals scored by their most-used front duo of Leonardo Castro and Nurkovic, which accounts for 44% of the team’s total goals notched. The form of Khama Billiat in support has been very disappointing with just one goal scored throughout the season at this stage.

Bernard Parker is yet to score this season from his new midfield role, while Lazarous Kambole also aims to break his duck since his R3 million move from Zesco United.

Impact substitute Dumisani Zuma has scored three times, although only once from the bench with a brace in a rare start against Chippa United.

Thanks to Amakhosi’s set piece prowess, Erick Mathoho has scored four times, and each of Yagan Sasman, Siyabonga Ngezana and Daniel Cardoso have scored once from those dead ball situations, with the latter adding a further four goals from penalties.

Nurkovic’s 12 goals have been assisted by six different players. Six of those goals have come from Manyama’s final ball.

Manyama is the runaway leader in terms of creating goals with 12 to his name. Six of those assists have seen Nurkovic finish the pass and three other goals have been created for Castro, with one assist for each of Cardoso, Mathoho and Ngezana — all from set pieces.

Chiefs have seen 13 different players contribute an assist across the side’s 45 goals.

Although Billiat has struggled to score goals, he has created five strikes for teammates, while the crossing of George Maluleka (from set pieces) and Kearyn Baccus (from open play) has seen the duo deliver nine assists between them.

Most goal contributions (goals and assists):