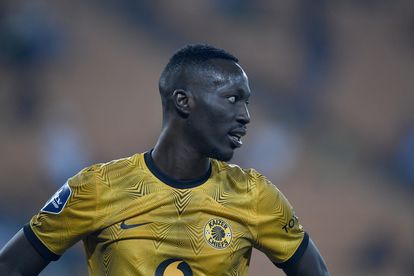 Orlando Pirates and Kaizer Chiefs will be without some crucial players due to injury when they square off in the DStv Premiership on Saturday.

For the first time in over two years, the two fierce rivals will be battling it out in front of a sold out FNB Stadium.

There are a few doubts over key personnel in both camps heading into the fixture.

ALSO READ: HAASHIM DOMINGO: WHAT WE EXPECT FROM ROYAL AM

Kaizer Chiefs will likely be missing their leading goal-scorer Caleb Bimenyimana along with veteran goalkeeper Itumeleng Khune who hasn’t featured since the away win over Stellenbosch FC earlier this month.

Orlando Pirates are not without their injury concerns either.

Thembinkosi Lorch and Vincent Pule are nursing long-term knocks while Richard Ofori is doubtful for the match as he has been out since being stretchered off in a mid-month league game against AmaZulu.

ALSO READ: KEAGAN DOLLY ON SOWETO DERBY: ‘WE ARE UNDERDOGS’

In other news, Pirates will be without one of their key players on Saturday.

Miguel Timm won’t be available for selection after he accumulated four yellow cards and will only return when Ezimnyama Ngenkani play in the MTN8 final.

Timm does dirty work for the team giving freedom to the likes of Ndabayithethwa Ndlondlo to focus on the offensive part of his game rather than worrying about marking.

To fill the gap, Orlando Pirates coach Jose Riveiro is likely to pick between Goodman Mosele and Ben Motshwari.