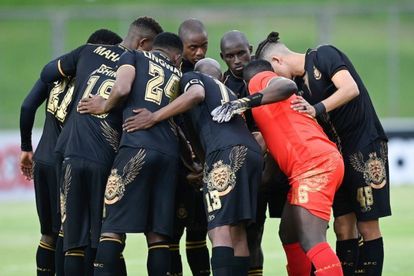 Royal AM have won their first Q-Innovation prize that comes with a whopping R1.5 million – they were crowned Q3 winners on Thursday.

The news comes as Royal AM prepare to take on Mamelodi Sundowns in the semi-finals of the Nedbank Cup on Saturday night.

Kick-off at Chartsworth Stadium is at 19:00.

Now, John Maduka’s charges will be motivated by the fact that they were the best team in the third quarter of the league season.

HOW ROYAL AM WON Q3-INNOVATION

The third quarter of the season is made up of eight league games, and Royal AM were impressive in those matches.

Royal AM won five, lost once and drew two of the eight matches – they collected 17 points from a possible 24, meaning they dropped just seven points in the process.

Cape Town City also finished the quarter on 17 points after an impressive run that saw them record four wins on the trot at the start of the year.

However, they were let down by their goal difference which is inferior to that of Royal AM – City scored 12 goals while Maduka’s men netted 13 goals in those eight matches.

WATCH | Springboks could slip to THIRD in world rankings [Video]