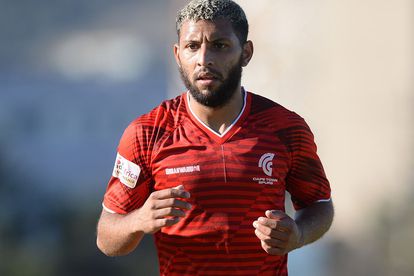 Former Ajax Cape Town and Orlando Pirates star Riyaad Norodien was spotted training at a rather surprise new club in the Democratic Republic of Congo!

The 26-year-old winger was captured in the colours of 12-times Linafoot Champions DC Motema Pembe. This comes after he most recently parted ways with Cape Town Spurs (formerly Ajax).

He featured for Ajax, Orlando Pirates, Cape Town City as well as Cape Umoya United however he ultimately failed to find consistency at either club.

Having scored a number of stunning goals, his brilliance was undeniable however the badge at Orlando Pirates proved to be awfully heavy for the youngster Norodien was at the time.

Springboks latest: FIVE players with a golden chance against Wales