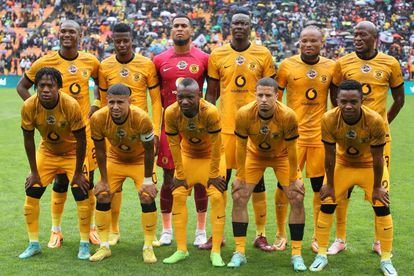 In local football circles, there is always great interest in the news, transfer talk and standout headlines when it comes to Kaizer Chiefs, particularly as a the January transfer window looms on the horizon.

Here you can catch up on all the latest Chiefs news from 30 November 2022:

READ: R11M MAN NJABULO BLOM TO STAY AFTER ALL?

JUST IN: AMAKHOSI COULD LOSE TOP PLAYER TO ORLANDO PIRATES OR MAMELODI SUNDOWNS!

LATEST: AS MANY AS 10 PLAYERS LINKED TO NATURENA

READ: KAPPA EXPLAIN WHAT ATTRACTED THEM TO THE CLUB

READ: REVEALED | Why Amakhosi are unlikely to sign Luke Fleurs in January

AMAKHOSI ARE FOURTH ON THE DSTV PREMIERSHIP TABLE

Although there have been plenty of transfer rumours, what is abundantly clear is that the club’s head honchos know what they are looking for, and won’t rush blindly into the next transfer window in January.

“We are scrutinising everything. We go deeper and deeper. We want to know the player’s attitude off the field, on the field and where he comes from… their family and all such things. They count a lot in helping the player to come in and perform and give his best all the time because Kaizer Chiefs is not an easy team to play for,” Zwane said, as quoted by Phakaaathi earlier this month.

“Kaizer Chiefs is a different beast altogether, you know. If you are not strong mentally and you are not a strong character. Sometimes with talent alone you are never going to survive. We need players who can cope under pressure. That is the point we are coming from as coaches because we have been here. We know the pressure that comes with being a Kaizer Chiefs player.

“And that is how now we should be helping those new players to settle to perform. The good thing is that while some of them, while their performances are fluctuating here and there, there is some consistency.

“We will keep looking and if we get someone for January, we will go for them. If not, then there is nothing we can do because we are avoiding bringing in players for the sake of it.  We want to make sure that whoever comes in adds value.”