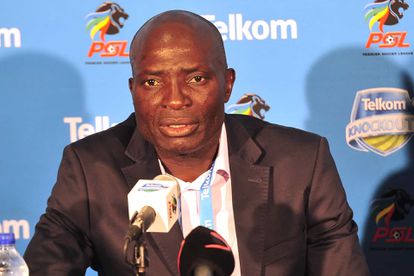 Baroka FC have raided the African continent in a desperate bid to bring more consistency to the team ahead of the new PSL season, which kicks off the first weekend in August.

In the last campaign, the Limpopo Province club managed to pull off a huge surprise by winning the Telkom Knockout Cup in December last year, but also had an almighty struggle in the league.

Baroka defeated Orlando Pirates 3-2 on penalties to win the Telkom, but they only narrowly avoided any relegation trouble by finishing third-last on the PSL standings.

This season, Baroka want to change that and, as such, have made a number of foreign signings who they believe will add quality and depth to the squad.

They have now announced the capture of prized Liberian winger Terrence Tisdell, and he joins the club’s other new signings which include Mozambican midfielder Manuel Kambala, Malawians Richard Mbulu and Gerald Phiri Jnr, as well as Kamohelo Mogashwa, Mfanafuthi Shozi, Sibonelo Ngubane and Khulekani Madondo.

For those with good memories, especially in the Mother City, Tisdell played for Costa do Sol when the Mozambican club beat Benni McCarthy’s Cape Town City 2-1 in a CAF Confederation Cup second-leg match at Athlone Stadium in March last year.

Tisdell scored one of the goals in that second-leg encounter, and the result knocked City out of the competition on away goals after a 2-2 draw.

Tisdell has also played for AD Sanjoanense in Portugal and for Liberian teams such as FC Fassel and LISCR FC.

The 27-year-old Kambala arrives from Mozambique with a big reputation as a hard-knocking central midfielder, having starred in the position for Union Desportivo De Songo in his home country.

Malawian forward Mbulu was a teammate of Tisdell at Costa do Sol and Baroka will be hoping the striker can solve the team’s goalscoring problems.

The other Malawian, Phiri Jnr, has struggled to get going in the PSL, having had limited game-time during spells at both Bidvest Wits and Ajax Cape Town.

The attacking player will be hoping the change of surroundings, in signing for Baroka in the Limpopo Province, spells a change in fortunes with regard to his career.

The other new players are South Africans and were brought in from First Division clubs – Mogashwa and Shozi (both University of Pretoria) and Ngubane and Madondo (both Richards Bay).

Baroka have kept faith with coach Wedson Nyirenda and after inspiring the side to an historic achievement – the first Limpopo side to win a domestic PSL cup competition – he is determined that their league form will improve this season.

The Limpopo Province side kicks off the 2019-2020 PSL season with a home game against Cape Town City on Saturday, 3 August.