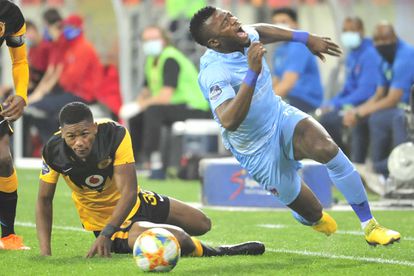 We have the latest PSL results, as the 2020/21 season headed into its second round on Tuesday afternoon.

An own goal was all Kaizer Chiefs needed in their clash away to Chippa United at Nelson Mandela Bay Stadium on Tuesday night.

It was a frustrating first half for both sides, with the woodwork getting a fair bit of action in the first 45.

All of Lebogang Manyama, Khama Billiat and Augustine Kwem got close enough to opening the scoring, but the upright stood in the way for each player.

Chippa goalkeeper Veli Mothwa was the hero early on in the second half, with a succession of saves that kept Chiefs out, despite their sustained dominance.

The 29-year-old’s defences were eventually breached, albeit by his own teammate, in Gregory Davids, who deflected a cross into his own net to make it 1-0 to Kaizer Chiefs.

Both sides were not short of opportunity, but no goals were forthcoming as it remained 1-0 at Nelson Mandela Bay Stadium.

In the second of two PSL results decided on Tuesday, Baroka did not get too many jittery moments in the Limpopo derby against Black Leopards in Thohoyandou.

Bakgaga raced to a three-goal lead in the first half, snuffing out any chance of an unfavourable result inside 45 minutes.

They got on the scoresheet in the first minute, thanks to Richard Mbulu, who scored his second for the season, before Evidence Makgopa picked up where he left off last season to make it 2-0.

Mbulu completed his brace before the halftime break to net his third for the campaign.

Leopards’ only came off a Baroka player, as Phelelani Shozi turned one into his own net on the hour mark.

The game finished with Baroka enjoying a one-man advantage, with Tebogo Moakoba given his marching orders in the 72nd minute.